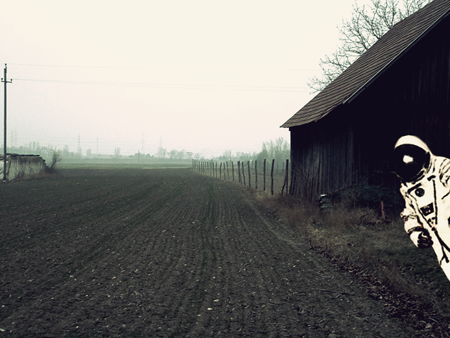 Why is the digital revolution such an important theme in your film? (But please, no spoilers!)

Movies are exciting. People go to the cinema in order to experience new worlds. But cinema is about to lose its prime source of narrative, having been tethered thus far to physical action that can be easily filmed. Cinema needs tempo, it needs speed. The “movement-image” (oh Gilles Deleuze!) depends on tangible, concrete physical action onto which the cameras can point. Yet in contrast, the real world of non-cinema is losing physical action day by day. It is a time of the abstract, optically intangible processes of networks and data systems. This regress of visual displayability is rather daft. Cinema has thrived on the visable for more than a hundred years. It’s easy to create a feature film about a bank robbery, but that’s anachronistic. Some of the most important crimes are invisible, such as electronic money movements between international stock exchanges. Hollywood cinema on the other hand still hasn’t evolved beyond anything better than banal sequences straight out of an Errol Flynn movie. How can we portray the stories and fairy tales of our (new) world? All those dramas and comedies? All those stories and atrocities? Well, we want to try it. We want to distill our view into a 90 minute narration of a dark, humorous story about the problems of the 21st century.

So it’s a funny film about serious topics?

Indeed. It’s something for everyone. Friends of a good old LOL as well as people who like to delve into the many layers of cultural criticism and nerdish references. We aim to use stylistic elements of the black comedy and the farce to deal with the fundamental questions of the digital frontier while also tackling problems of national supremacy, international conflict solving strategies, national and international legislation, the power of the media, and the diplomatic impotency of international organizations. Sierra Zulu wants to explore the perspectives of people who live on the fringes of what we would call “history” or “the world”. This fringe area – surrounded by the European Union – is where we find the microstate Soviet Unterzoegersdorf, the almost forgotten ‘last autonomous republic of the Soviet Union’ which has fallen victim to its geo-political, historical, cultural, and economical irrelevance. This village of 1,500 people is the last paragon of ideals which have been eradicated from the face of the earth with Soviet-Communism. Sierra Zulu is about implanting false memories into the political and cultural record of our modern world, simulating the effects of this partial and local rewriting of history through the initiation of an entire network of events caused by this transposition. Or to put it differently: how would our current reality react to a Soviet Unterzoegersdorf? And what does a “Soviet Hicksville” have to contribute to the betterment of humankind? In a time of global discussions about topics like internet censorship, leaked cables and robot killer drones, the world needs to hear the answers offered by a couple of Soviets in the middle of nowhere. Really, we mean it.