July 3 was a glorious day for international solidarity. A Soviet Unterzoegersdorf delegation visited the Austrian capital. His Excellency — the Ambassador of the People’s Republic — Nikita Perostek Chrusov gave a speech! He did not speak about tradition and skiing lifts, but hope! (And he screamed strong words at an anti-Semitic tourist.) 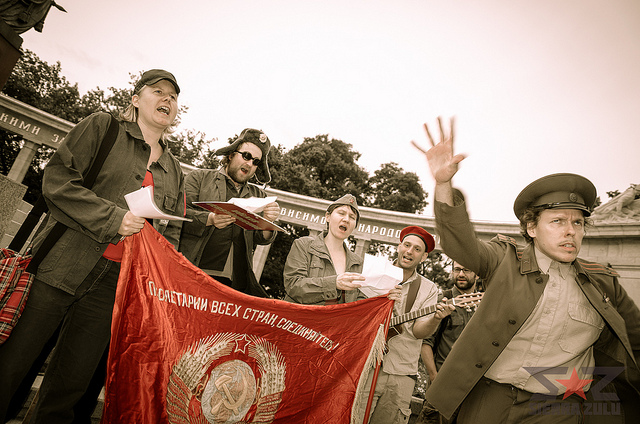 All images: HERE.
Link to Kickstarter campaign: THERE.