Our producer Arash T. Riahi gave an interview about Sierra Zulu and crowdfunding to Austrian magazine “The Gap”. 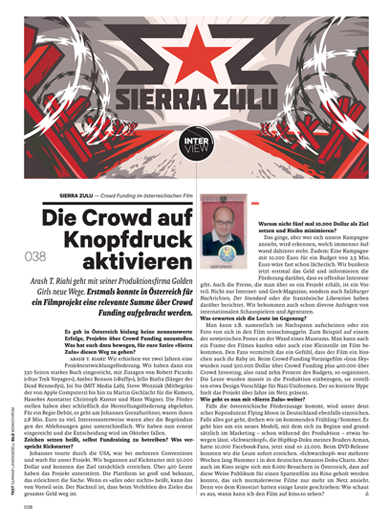 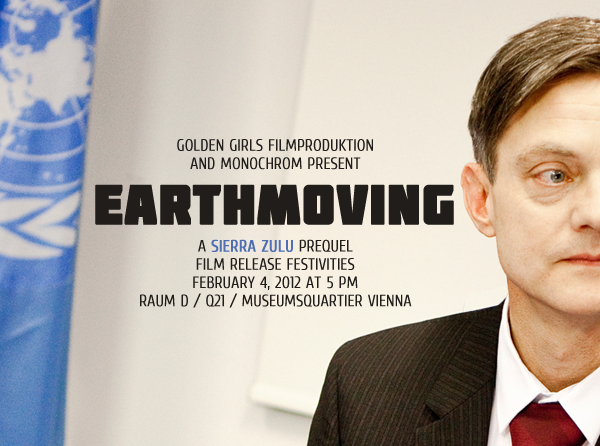 Last Friday we declared picture lock.
Our sound sorcerers Sebastien Bedard and Maxime Voinson (of Audiozone in Montreal, Canada) finished audio design and mastering over the weekend.
And Stefanie Gratzer (of Golden Girls) is currently working in the dark dungeons of color grading. 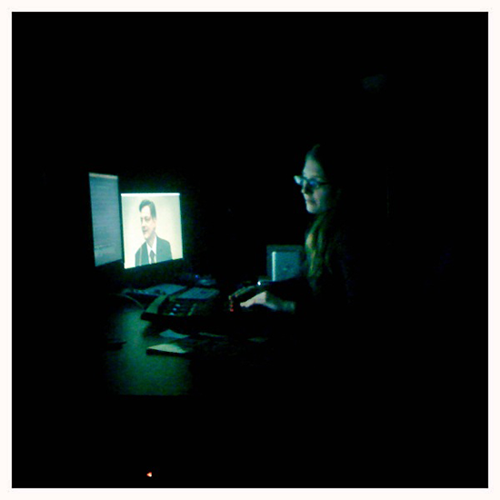 That means that Sierra Zulu’s prequel Earthmoving will be finished tomorrow evening.
Nastrovje!

On its most fundamental level, film editing is the art, technique, and practice of assembling shots into a coherent whole. It is usually performed in dark, smelly places.
Director Johannes Grenzfurthner and editor Tom De Roeck can tell you how dark and how smelly. 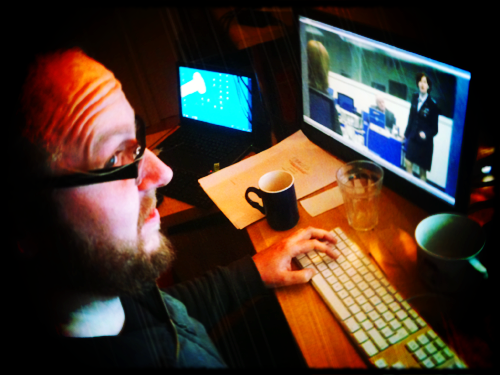 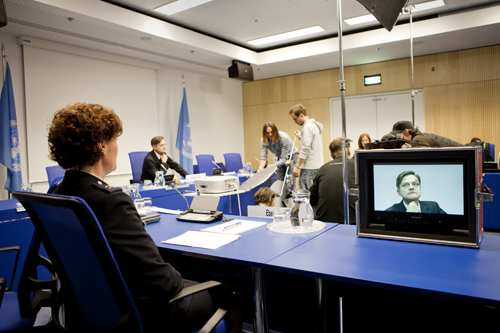 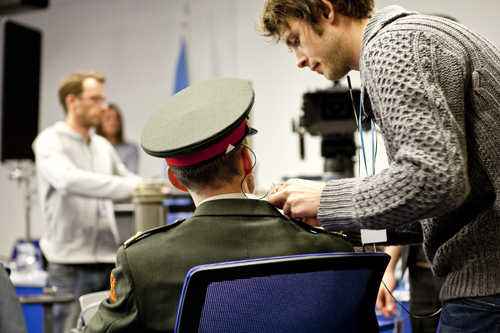 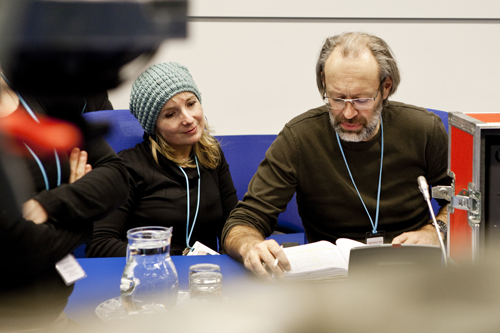 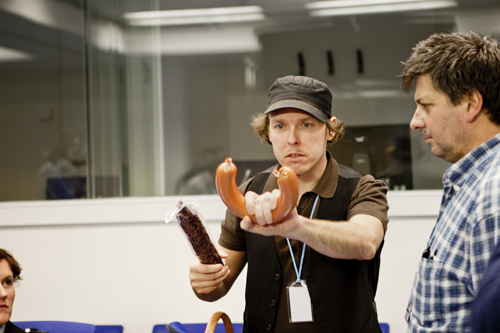 December 13, 2011 marked the production team’s first visit to the United Nations building in Vienna. It will be the shooting location for Sierra Zulu’s prequel “Earthmoving.” 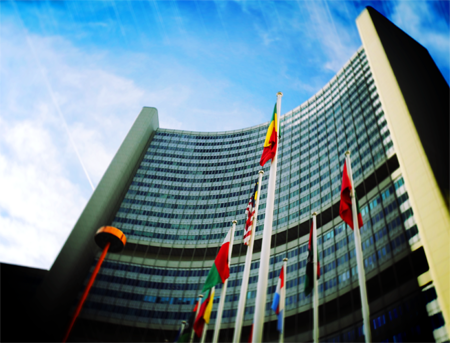 Director Johannes Grenzfurthner stated: “I did nothing more than many others; I did my duty as member of the team.” 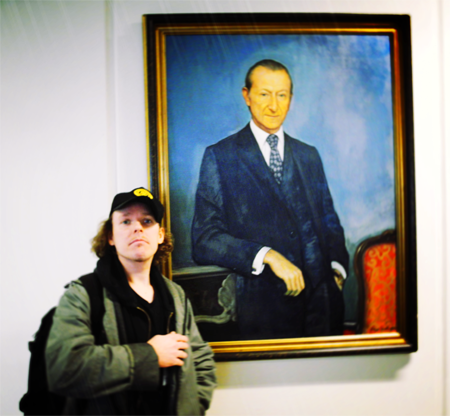 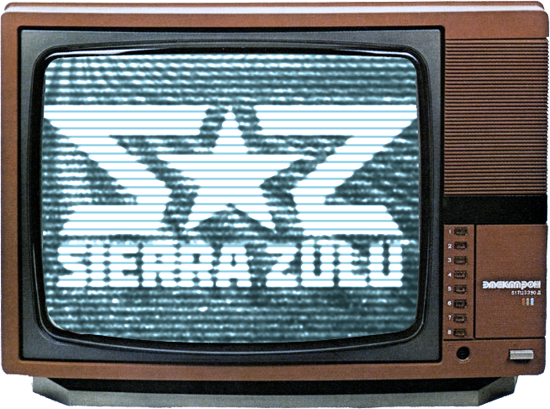