Skip to content
Some folks were already asking: “What are you working on? Why are you so quiet about your current film project? What happened to your film about Tycho Brahe?”
Well… we still needed some more money for Tycho, but in July we learned that the goddamn ORF declined to support us — and we had to postpone the whole production for a year.

I was so mad and frustrated that I decided: fuck it all. I will do another film, right now, just for my creative sanity. So I created… GLOSSARY OF BROKEN DREAMS.

I just started working. I asked friends for their help, and I’m glad they were kind and supportive. The really cool thing was: I simply kept working and working and working without asking anyone for permission, without writing yet another godforsaken grant application, and I didn’t give a damn what people might think about the project. No target audience, no marketing strategy, no necessity to please juries, nothing. I made the film that I wanted to make. And I did it with my friends… in roughly five months.
99 minutes runtime.
I am very grateful for that. 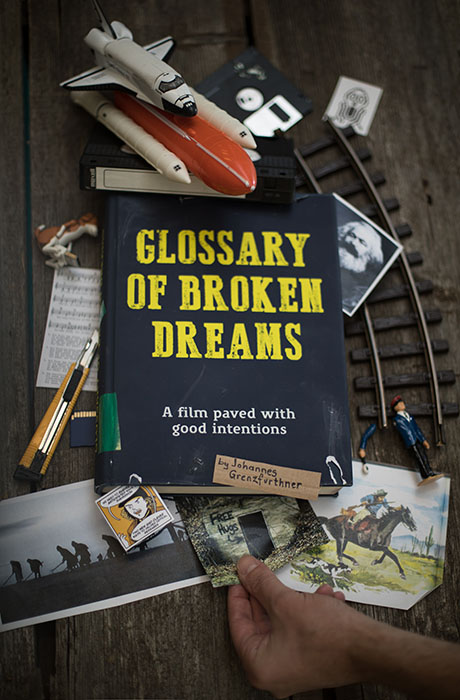 GLOSSARY OF BROKEN DREAMS is an ideotaining cinematic revue about important political concepts. Everyone is talking about freedom! Privacy! Identity! Resistance! The Market! The Left! But, yikes, I couldn’t tolerate ignorant and topically abusive comments on the “Internet” anymore! Supported by my good friend and intellectual sparring partner Ishan Raval, I try to explain, re-evaluate, and sometimes sacrifice political golden calves of discourse.
It features puppets! And anime! And pixel animation! And live-action! And stock footage!

Color grading is done. Couple more days of sound design and mastering and GLOSSARY OF BROKEN DREAMS will be ready for the festival season.